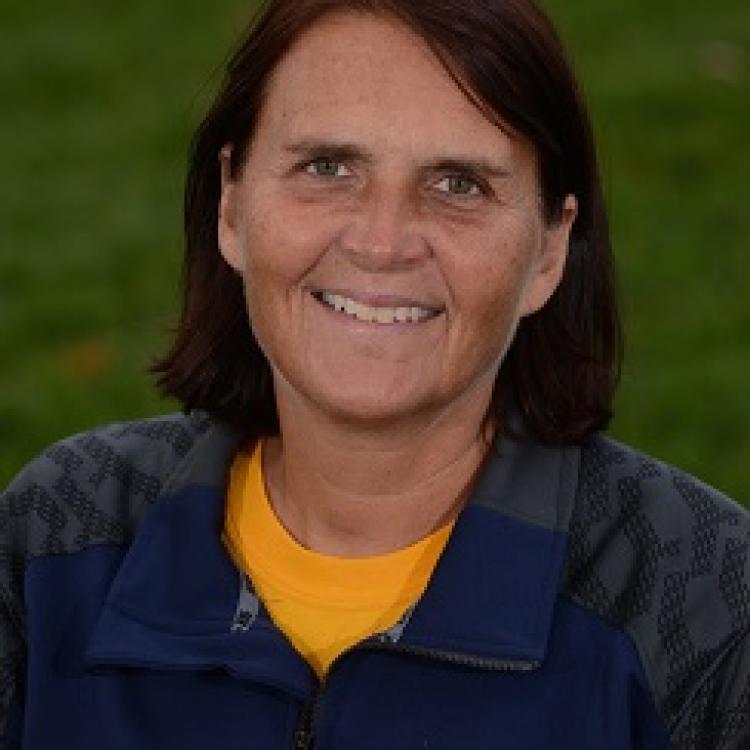 Karen Linder, four time MAC Coach of the Year, has created a legacy of athletic and academic excellence throughout her 33 year career as a head college softball coach. Coach Linder spent 19 years as the head coach at Division I Kent State University where she accumulated the second most victories of any MAC softball coach in history and the most for the Golden Flashes. Prior to Kent State, Linder was the head softball coach
at Division II Ashland University for eleven seasons where she also coached basketball for eight years. She started her head coaching career at NAIA Union College in Kentucky where she coached both softball and
basketball for three years. Throughout her career Coach Linder has won championships, led her teams to top 25 rankings for academics, and received Coach of the Year honors in accumulating 801 career victories.

Linder attributes much of her success for her love of teaching both the mental and physical parts of the game. “My passion is to teach the game, to help young athletes understand the importance of pursuing academic and
athletic excellence, and to do their best in all areas of their lives. I attribute a lot of my coaching success to the mental training strategies that I have incorporated into my coaching.. I am excited to start working with
younger athletes and to teach the same mental and physical strategies, techniques, and skills that allowed my college teams to be successful. I want to help kids enjoy their playing experiences.”

My other goal in working with high school athletes is to educate families about the college recruiting process. I want to help kids and parents understand what it takes to be a successful college softball student athlete and
to help them find a college program that will be a good fit for them academically, athletically, and socially. With Grand Slam, Karen Linder plans to host skills camps, team camps, and showcases as well as do group
instruction, mental training, and recruiting information seminars.

Coach Linder’s Showcase camp has grown to be the one of the biggest and best in the region. Her showcase camps have attracted athletes and coaches from all over the USA including participants from California,
Arizona, Texas, Florida, Georgia, New York, New Jersey, Virginia, Maryland, Pennsylvania, West Virginia, Kentucky, Michigan, Indiana, Illinois, and Canada.

In her last ten seasons at Kent State, Linder led the Golden Flashes to seven Mid-American Conference East
Division titles with a combined 146-58 mark in conference play. During that time, KSU won four MAC regular
season titles in 2007, 2008, 2010, and 2015 and two MAC Tournament championships in 2006 and 2008
leading to a pair of NCAA Tournament appearances, along with four Coach of the Year honors. Linder’s most
memorable victories came over #3 Michigan, #6 Kentucky, and #15 UCF with pitching standout Emma
Johnson on the mound. Additionally, Linder and KSU made a record setting 12 consecutive MAC tournament
appearances.

Linder coached 125 NFCA Scholar Athletes during her career and several teams were ranked in the top 20 of
the country for team GPA. In 2013, the Kent State softball team recorded a 3.66 team GPA which ranked
second in the country after being third during the 2012 season. During her last four seasons at Ashland
University, each of her team’s recorded more than 30 wins and were academically and nationally ranked.

Linder’s most unique accomplishment came in 2010 when she passed her father’s, the late Dick Fishbaugh,
career total. Together they have the most wins as father/daughter head coaching duo in NCAA history.

Sometimes all you have to do is check the numbers.....results matter.

PRIVATE, SMALL GROUP, AND TEAM TRAINING
AT AB PITCHING, HITTING, AND FITNESS IN ELLET
AT IVL IN WADSWORTH
AT MANNINOS GRAND SLAM IN DUBLIN
AT LEGENDS SPORTS ACADEMY IN NEWARK
AT THE PITCH IN LOUDONVILLE

SKILL TRAINING FOR ALL AGE GROUPS

Add some variety to your mid-season practices.
Practice sessions with travel and rec teams can be scheduled at your location.